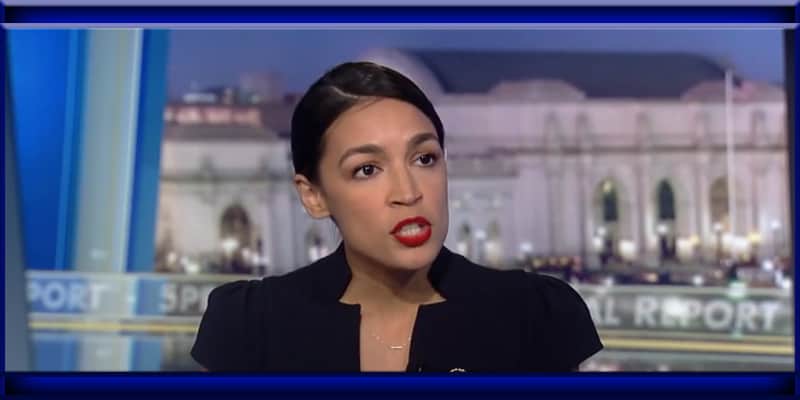 (BSDMS) – Progressives displayed their dissatisfaction on Friday about the Democratic establishment Politico reported it’s unclear if progressive standout Rep. Alexandria Ocasio-Cortez will be able to secure a speaking spot at the upcoming convention.

“It would be stupid not to give Ocasio-Cortez a role at the convention. She’s one of the best speakers the Democratic Party’s got,” Corbin Trent told Politico, who used to be a top adviser to the Democrat from New York.

This is so on-brand @TheDemocrats : debate whether @AOC (who would excite turnout) should speak because "moderates" might be offended VERSUS "of course" have the 2016 horrendous party nominee speak who lost partly because she alienated…"moderates" 🤦‍♂️🤦‍♂️https://t.co/0o6nFm1M66

Politico writes that some well-known establishment Democrats will be speaking at the convention, such as centrist types like former President Bill Clinton, former Secretary of State, along with 2016 presidential nominee Hillary Clinton, and also progressive Senators Bernie Sanders (I-VT) and Elizabeth Warren (D-MA).

• Warren, Kamala speaking, per sources
• Citizens like a nurse may talk
• Unclear if AOC will talk (to some tweeting on it, that's diff than saying "she def won't")
• Bernie expected "to have a big speaking role"
• Planning still in flux, things can change

A person of power in the centrist wing of the party, Former Pennsylvania Governor Ed Rendell, told Politico he doubted AOC is going to be offered a convention slot.

“I think Bernie and Warren will speak, and they’ll represent the progressive wing of the party very ably,” Rendell mentioned.

As of now, Kasich speaking, AOC not, per politico. We guarantee you, Ed, there will be yelling😉https://t.co/U4OFGkOl5o pic.twitter.com/eogOYslSj0

With Kasich attending and AOC possibly being excluded it disturbed leftist activists and advocates.

DNC literally about to let John Kasich, a Republican, fill in host for Bill O'Reilly and frequent Hannity guest, speak at the convention. Yet there’s no guarantee AOC will.

This isn’t an accident, it’s neoliberals trying to reconsolidate power.https://t.co/WnsplvUjVk

“You want Bill Clinton to speak but maybe not AOC. Okay, dummies.” progressive activist Winnie Wong said in a tweet.

A journalist Paul Blest said the decision is “classic Dem shit,” and that it’s unlikely the Democratic party would witness former President Barack Obama’s famous keynote speech in 2004 at the convention that launched him into political fame and the presidency repeating itself.

“She’s one of the three most visible and culturally relevant politicians in the country, and she’s particularly popular among young and left-leaning people, two blocs Biden needs even more in states like Wisconsin where the margin is narrow,” Paul Blest said.