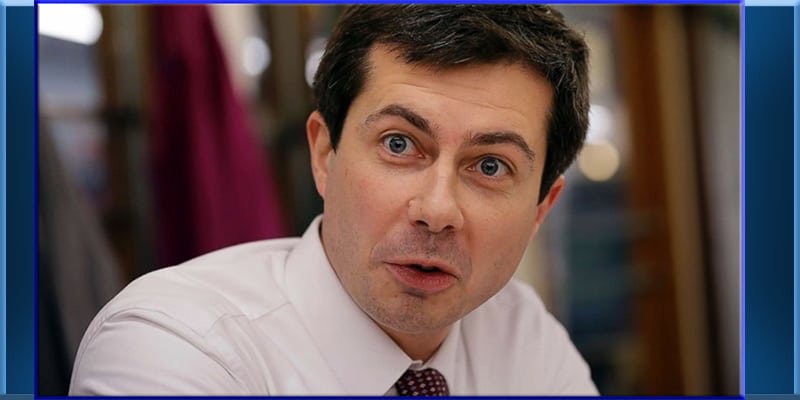 (BSDMS) – UNITED STATES – Mayor of South Bend, Indiana, Pete Buttigieg, is running as a Democratic candidate for president in 2020. However, there are some negative things about Buttigieg that may affect his 2020 campaign, here are some red flags people should know about him.

Besides Pete Buttigieg’s “All lives Matter” proclamation in 2015 that put his record on race in the spotlight while addressing two local police controversies in South Bend, Indiana, Mayor Pete has some other police-related matters to answer for.

“There is no contradiction between respecting the risks that police officers take every day in order to protect this community, and recognizing the need to overcome the biases implicit in a justice system that treats people from different backgrounds differently, even when they are accused of the same offenses,” Buttigieg said at the time.

“We need to take both those things seriously, for the simple and profound reason that all lives matter,” he said.

While Buttigieg was Mayor of South Bend Indiana his administration refused to hand over tape recordings of South Bend police officers. This is contentious as it remains the subject of a lawsuit in a police department shake-up that was a series of lawsuits.

An Indiana judge is expected to make a ruling soon on if the five cassette tapes should be released. These tapes are secretly recorded conversations between South Bend police officers that resulted in South Bend’s first black Police Chief Darryl Boykins being demoted.

Buttigieg was subpoenaed by the South Bend City Council in order to win the release of these tapes. Critics of Buttigieg have said he went to great lengths to conceal what was on those tapes, which some people believe could have racist language by white police officers on them.

The black citizens of South Bend have been angered by the allegations of racism. The city’s black leaders say that if there is evidence of racism, then scores of convictions will be put into question, convictions that stemmed from white police officers who were investigating black suspects. South Bend is about 25 percent black.

Members of Reverend Jesse Jackson’s Rainbow PUSH Coalition held a meeting with Buttigieg back in 2014, urging him to seek a federal investigation into the police misconduct allegations, but Buttigieg did not.

While Pete Buttigieg governed South Bend, Indiana as Mayor, black residents were more than four times more likely to be arrested for marijuana possession between 2012 and 2018 when compared to white residents, The Intercept reported. The rate of black people being arrested for simple marijuana possession is worse than the rest of the entire country, or even when compared to the state of Indiana, according to The Intercept. TheCrimeReport.org also came to similar conclusions.

More recently at a February 2020 Democratic debate, Buttigieg was confronted by ABC debate moderator Linsey Davis about this issue, and he dodged the question, avoiding having to give a direct response. Instead of facing and owning up to his record, Buttigieg talked about how he is pro-Marijuana, and how he’d federally legalize the substance, which is the opposite of what he has done as Mayor of South Bend, Indiana.

It has been reported that as Mayor of South Bend, Indiana, Pete Buttigieg governed the city like a Republican. Minorities, including Blacks and Latinos, along with a woman, Williams-Preston who is running to replace Buttigieg as mayor, have accused Pete of causing “gentrification” in the city.

Based on a report from his administration from 2012-2013, there was a goal to replace 1,000 homes in South Bend in 1,000 days. When the program started, it fined homeowners who were not keeping their homes up to code and oftentimes forced them to pay for demolition costs if the house was deemed to be beyond repair.

This sent shock-waves through areas that were long-standing minority communities, especially that of historically black communities.

By the time of 2015, the plan surpassed its goal with 1,122 properties being addressed. Around 60 percent of the homes were demolished and around 40 percent were repaired or fixed, according to a report from the city of South Bend.

Marguerite Taylor who is a member of the Northeast Neighborhood Revitalization Organization board said the neighborhood she had grown up in was mostly black, and that it has since turned into an almost 100 percent white area and was gentrified, the South Bend Tribune reported.

A Staunch Supporter of Israel

Democratic leadership such as Senator Bernie Sanders (I-VT) and Rep. Alexandria Ocasio-Cortez (D-NY) are critical of Israel’s record on human rights, as are a vast majority of progressives along with many other democrats, but not Pete Buttigieg who actively defends Israel.

However, at a campaign stop in Iowa, Buttigieg is quoted as saying he wants America to help make, “a world where Israelis and Palestinians are able to live in peace side by side,” but overall he has shown a willingness to back Israel according to VOX.

Buttigieg also seeks to bring in a “Religious Left” type of view. With the current damage of the extremely religious right  still plowing on under the current Republican administration, many will hesitate. Religion and politics are meant to stay separate from one another, as the first amendment makes very clear.

We do realize he is an openly gay married man, which some Christian conservatives on the right strongly oppose, but we have no problem with that part.

It is true that Pete Buttigieg won an award in high school for his essay on Senator Bernie Sanders that has recently been reported. However, Buttigieg did in fact give his endorsement to Hillary Clinton during the 2016 election, even though his state of Indiana went to Bernie Sanders. The nice things Buttigieg said about Bernie Sanders back then are meaningless.

Despite Indiana, the state of “Mayor Pete” picking up a win for Bernie Sanders in 2016, most of the super-delegates in that state went to Hillary Clinton instead.

Then at the end of March 2019, Mayor Pete criticized Hillary Clinton’s campaign. He is quoted by CNN as saying, “Donald Trump got elected because, in his twisted way, he pointed out the huge troubles in our economy and our democracy.” He mentioned, “At least he didn’t go around saying that America was already great, like Hillary did.”

A Hillary Clinton spokesperson “put him on blast” for the remarks. However, CNN was a huge supporter of Clinton in 2016, so of course it took her side.

Pete Buttigieg does not support Tuition-Free college or universities.

He is saying that with the Tuition-Free proposal, the people who make less money without a college degree, would be paying for the education of those who are attending college.

He fails to realize that with Tuition-Free college and universities, everyone would be granted equal opportunities to get a college education. There is also the current issue of a crowded job market, with people who have degrees being unable to find jobs in their field, or jobs in their field that mostly require them to already have previous experience.

Senator Bernie Sanders has already proposed a solution to pay for the Tuition-Free proposal by having a Wall Street speculation tax to pay for it, which is estimated to generate $300 billion per year.

It was reported back in March that Buttigieg was “troubled” by whistle-blower Chelsea Manning being granted clemency, even though just recently before then, Manning landed back in jail for refusing to testify against WikiLeaks.

We here at ActivateNow see Buttigieg’s point, but there is also the matter of when whistle-blowers come forward in order to warn the public, or even protect the public from incoming or current threats or harm that may be done to them or internationally.

“I think the sense of anger and disaffection that comes from seeing that the numbers are fine, like unemployment’s low, like all that, like you said GDP is growing and yet a lot of neighborhoods and families are living like this recovery never even happened. They’re stuck,” Pete Buttigieg said to high school students in Nashua, New Hampshire.

Buttigieg also attempted to create a distinction between himself and Senator Bernie Sanders (I-VT) and said, “Part of running for president is you wind up competing with people that you like or appreciated or admired many years back,” Buttigieg mentioned about Sanders. “I don’t have the same views on everything that he does.”

Pete Buttigieg received some backlash about this on social media, including a quoted tweet from James J. Zogby who said, “Equating Trump & Bernie is as outrageous as it is just plain dumb. It shows no understanding of politics, social dynamics, & reality. Buttigieg will have to find a way to climb out of this hole or he’s toast.”

Pete Buttigieg is officially over. He just blamed Trump AND Bernie voters for the problems we currently face. pic.twitter.com/Yd1n56ZtaL

Pete Buttigieg is campaigning as a progressive Democrat, but he may not actually be the type of progressive the people will want to nominate in the long run. Considering he is just a bit more to the left than Hillary Clinton makes him more of a centrist democrat.

The country is begging for less of that type of sociopath every year.

The Rational National covered How Pete Buttigieg’s support is Manufactured.