Bernie Sanders is Not in the “Top 1%” 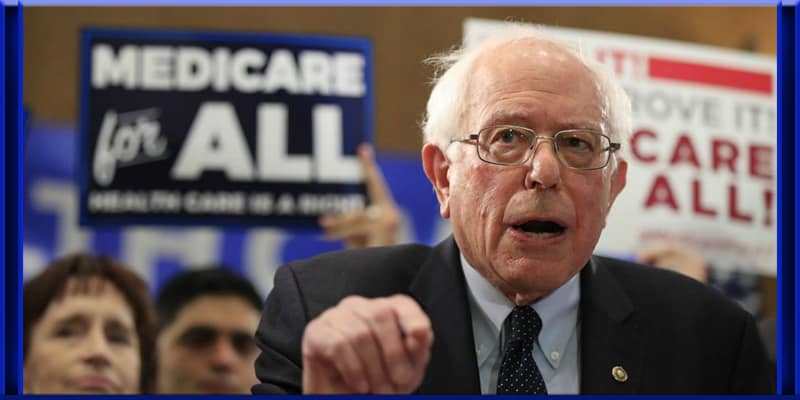 (BSDMS) – UNITED STATES – 2020 democratic presidential candidate Senator Bernie Sanders (I-VT) released 10 years of his tax returns. He is not in the Top 1% of income earners in the U.S., not even in the top 1% of senators.

NY Times and Others “1%” Smears

On April 15 after Bernie Sanders released 10 years of his tax returns, there were smear articles published claiming that Sanders is in the top 1% of income earners in the U.S. Such articles were published by the New York Times, the LA Times, CNBC, Breitbart, AP mentioned it, and others.

The mainstream media including Fox News, CNN, and MSNBC all mentioned the top 1% claim against Sanders on TV. With under $2 million and over $1 million in estimated wealth, this does not put Senator Sanders in the top 1%, and we will explain why.

Sanders is not the Top 1%

For example, many members of congress accept donations or money from special interests such as lobbyists, corporations, pharmaceutical companies, political groups, etc. which basically pay to influence congress members when they vote for various types of legislation.

However, Bernie Sanders does not accept any of those kinds of special interest donations. In fact, Senator Sanders is one of the poorest Senators.

How Sanders is a Dirt Poor Millionaire

Senator Bernie Sanders made some of his income by writing books, including a “Best Seller”. In 2018, Jane and Bernie Sanders’ adjusted gross income was $561,293, and they did pay an effective tax rate at 26 percent of that income.

The Sanders also had significant income from Bernie’s books in both 2016 and 2017, with an effective tax rate of 35 percent and 30 percent, respectively.

Tax deductions were mainly from mortgage interest, property taxes, and charitable donations. The 10 years of Sanders’ tax returns reveal that the primary sources of income for most of those years were Senator Sanders’ Senate salary and the proceeds from his writing.

There was a significant increase in income during 2016, because of advanced and royalties from Bernie’s best-selling book “Our Revolution: A Future to Believe In“. The book has been translated into five languages and was published in a number of countries.

There is also the youth version of Our Revolution, along with the publication of Where We Go From Here. Also included in the 2016 tax filings was an advance on a book that Jane Sanders is currently writing.

The Sanders gave 3.4 percent of their adjusted gross income to charity in 2018. However, this does not include additional charitable proceeds from one of Sanders’ books, The Speech, which gets donated directly to the charity.

The Sanders do not take a tax deduction for proceeds from The Speech book, which do not show up on their tax returns.

The charities the Sanders mainly gave to were senior centers, low-income organizations, educational entities, and environmental and housing advocacy groups.

Bernie Sanders is NOT The Predator Class

With being in-between $1 to $2 million, it’s not as though Bernie Sanders is making billions of dollars, or even $100 million, and not even $10 million.

When compared to billionaires and big corporations, you’ll find that Sanders paid a lot more in taxes. Jeff Bezos and Amazon, for example, paid a negative percentage number in taxes, effectively letting them pay zero in federal taxes on $11.2 billion in profits last year. There are also other big names who pay little to nothing in taxes like Netflix or Walmart. The Sanders aren’t anywhere near being considered the predatory top one percent.

When compared to other democratic candidates, the New York Times smear article says Senator Kamala Harris and her husband reported $1.9 million in gross income for 2018, and Senator Elizabeth Warren and her husband reported $846,394 in gross income for 2018. However, these smear articles make no mention of “Kamala Harris and Elizabeth Warren are the top 1%”.

Senator Sanders has also been criticized for owning three houses, but most members of congress at least have a second house in Washington D.C., it isn’t surprising.

Sanders announced he released 10 years of taxes on Twitter and asked President Donald Trump to do the same.

I just released 10 years of taxes. @realDonaldTrump, please do the same. #BernieTownHall

Senator Sanders isn’t even in the top 1% income of Senators, let alone the entire U.S. In fact, by Sanders being a millionaire, it proves he only wants to raise his own taxes.

Many senior citizens in the U.S. try to save for retirement during their lifetimes before old age, this is normal, and a lot of them do in fact save at least $1 million by the time they retire. To say Bernie Sanders is in the top 1% is to say many senior citizens going into retirement are in that range.

Bernie Sanders successfully pitched Medicare for All to Fox News viewers at the Town Hall.

Senator Sanders has proven he is, in fact, poor when compared to most members of Congress who accept money from special interests.

After the New York Times exposes Trump’s family for their $500 million Tax fraud, can President Trump really say the same?