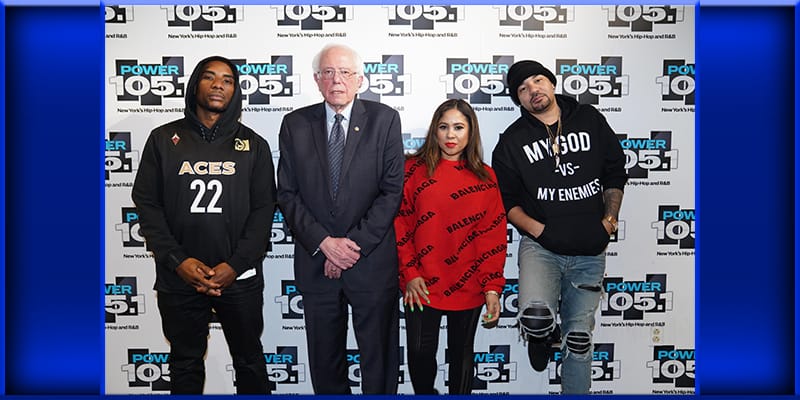 (BSDMS) – WASHINGTON, D.C. – Senator Bernie Sanders, a front-runner Democratic candidate for President, does want reparations for those whose ancestors and descendants suffered from slavery, but Bernie Sanders proposes permanent reparations to last generations and more than just a fast money handout.

The Senator from Vermont said great things about reparations during his recent CNN Town Hall that was stacked with political insiders. He was asked a yes or no question about his position on reparations, the Senator argued with talking points about what exactly are reparations, what do reparations mean. It is such a simple and very vague question to be answered with a mere yes or no, and Bernie wanted to give a more detailed answer.

Bernie began answering the question by saying, “There are massive disparities, that must be addressed. There is legislation that I like, introduced by Congressman Jim Clyburn, it’s called the 10/20/30 legislation, which focuses federal resources in a very significant way on distressed communities, communities that have high levels of poverty.

So we are going to do everything we can, to put resources into distressed communities, and improve lives, for those people who have been hurt from the legacy of slavery.”

Then, Wolf Blitzer cut him off by saying, “So, what is your position specifically on reparations? I ask the question because Elizabeth Warren, Julian Castro, they’ve indicated they want to support…”

Senator Sanders butted in and replied with, “What does that mean? What do they mean? I’m not sure anyone’s very clear. What I’ve just said, is that I think, we must do everything that we can to address the massive level of disparity that exists in this country.”

Wolf Blitzer, “I’ll tell you what they mean, because Elizabeth Warren has said that black families have had a much steeper hill to climb, we need systematic structural changes to address that. Julian Castro has said, I have long thought that this country would be better off if we found a way to do that, reparations.”

Bernie Sanders, “Well, I just… I agree with what Elizabeth said.” Blitzer, “So you would support reparations?” Bernie, “But read what she said, what does that mean? She means, I think, I don’t want to put words in her mouth, is what I said. Another words, as a result of the legacy of slavery, you have massive levels of inequality. It has to be addressed and it has to be addressed, now.”

Blitzer, “In 2016 you said it would be divisive, reparations.” Sanders, “Well again, it depends on what the word means.”

Senator Sanders brought up some of the same CNN Town Hall talking points about reparations while speaking at the Breakfast Club radio show, including the 10/20/30 legislation. He says he does not support direct “monetary” distributions of reparations.

Hillary Clinton, Secretary of State and democratic front runner who announced yesterday that she will not be running in 2020 used her time on the same show the last election to pander, talking about hot sauce.

Reparations talking points included eliminating systemic racism in the U.S. by having a focus on education disparity, financial inequality, and criminal justice inequality. Sanders talked about Prison Reform, and wants to end the for-profit private prison system, he credits the ACLU and Black Lives Matter movement for voting more people into office who also want to stop mass incarceration.

While talking about Prison Reform, Sanders said he believes that by ending the private prison system, it will stop people from profiting from putting people in jail and that people should not be able to profit from it, which will lead to far fewer people of color going to jail. Bernie suggested legalizing marijuana and pardons for any marijuana-related offenses. Marijuana being a crime largely affects black Americans, and legalizing it will cause the country to become less racist.

A Far Better Plan than Handing Out Money

Senator Bernie Sanders has redeemed himself regarding a seemingly white campaign staff in 2016, by hiring a diverse campaign staff with prominent people of color for 2020, and they are known in the progressive world. Bernie has said if he becomes President that his cabinet will represent America, this includes diversity with people of color. Sanders has also confronted allegations of sexual harassment incidents being done by campaign staff members that occurred during the 2016 election and has said his campaign staff policies have been updated to account for that, it was never his intention for that to happen. Sanders has a long history of being pro-black people’s rights and people of color rights. He also has a 100 percent rating with the ACLU, and NAACP, although they do not represent all people of color and black people. Looking back, Sanders denounced the 1994 crime bill but ultimately voted for it because the violence against women act was included in it, along with other parts of legislation in it he approved of.

Most would agree that a permanent reparations proposal such as Bernie’s and congressman Jim Clyburn’s is far more effective than a money handout. Here is a short example of why a money handout just won’t work:

Hypothetically if the consensus is to give every descendant of slaves $20,000, the problem comes how does that help their children and children’s children? Would the proposal then be to give the money to every African American in the U.S.? What about Native Americans? There would also be the massive expenditure and privacy concerns getting everyone who believes they were affected by slavery, DNA testing. There are philosophy issues attached to knowing where one comes from as well.

The indigenous peoples of the United States already have issues with blood quantum. There is potential for fraud as well.  The list goes on for all the ways to determine if a person was actually affected by slavery.

Senator Sanders’ plan is a much more logical and humane way forward, a permanent reparations solution that will last for generations to come, allowing many generations to feel the effects of positive reinforcement and knowledge.

Here is the full segment about the reparations question at the CNN Town Hall: