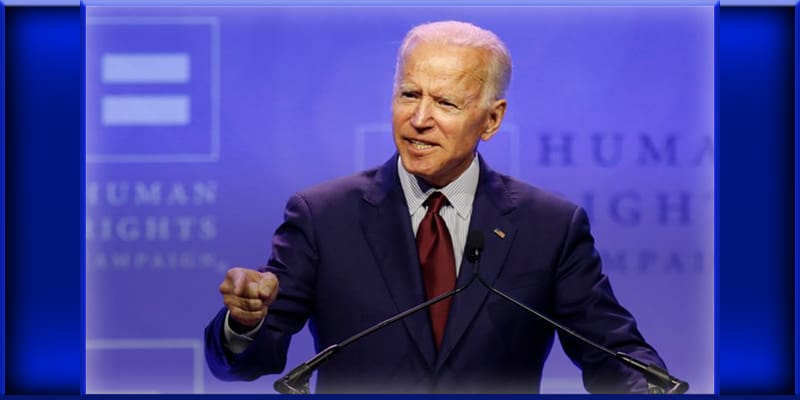 (BSDMS) – UNITED STATES – Former Vice President Joe Biden is running for president in 2020, but what does his past record look like? Here is one of the most complete lists of Joe Biden’s terrible political record. BSDMS researched the popular meme or block of text that has been floating around social media and found that everything in it is true.

Joe Biden on Medicare For All

Joe Biden opposes Medicare For All and instead wants a moderate public healthcare option where people can buy into medicare. He also opposes The Green New Deal. Both have popular support in favor of them, but Biden opposes them.

However, Joe Biden has said he “doesn’t have time” to lay out his healthcare plan. Although, now Biden has shown his support for a more moderate public healthcare option by expanding the Affordable Care Act (ACA / Obamacare).

But, it is also unclear what Biden thinks about healthcare at the same time.

Joe Biden opposes the legalization of Marijuana and has a past record of voting to criminalize it all together. Our previous article found that overall, Joe Biden is anti-Marijuana, while many other candidates support legalization. It is also difficult to tell what Biden’s actual stance on Marijuana is because of his flip-flopping on the issue.

In 1991, Joe Biden boasted about expanding the death penalty for major drug dealers and widening asset forfeiture, as well as restricting judges’ discretion in sentencing. “The government can take everything you own, from your car to your house to your bank account!” Joe Biden said. This was in reference to the 1988 Anti-Drug Abuse Act.

Joe Biden went on to help with writing the 1994 Crime Bill, which “authorized the death penalty for dozens of existing and new federal crimes.” Biden talked controversial rhetoric around the time before the bill was voted on, it passed and ended up particularly targeting black Americans being incarcerated at a much higher rate.

According to the Wall Street Journal in 2016, Joe Biden did not regret the 1994 Crime Bill but instead defended it. However, Biden back-peddled those statements recently in 2019, saying he does regret it and called it a “big mistake.” But which is it? Joe Biden only recently said he regrets the crime bill, and most likely is only because he is running for president.

However, Senator Bernie Sanders has long said he regrets the bill and only voted yes because the Violence Against Women’s Act was included in the same bill. Joe Biden controlled the bill at the time, and he himself put both the 1994 crime bill and the violence against women’s act into the same congressional vote.

In 1996, Joe Biden voted for and passed the Defense of Marriage Act, which forbids the U.S. government from recognizing same-sex relationships defined by the states. It wasn’t until 2012 that then-Vice President Joe Biden under President Obama changed his mind.

Long story short, Joe Biden voted Yes for the Iraq War in 2002. There are numerous reasons why the U.S. should never have gotten into that war.

According to the New York Times, not only did Biden vote for the Iraq War, but he also gave his full support for Israeli Prime Minister Benjamin Netanyahu. He also played a key role in the Obama administration that supported drone strikes. Biden also seemed to support the War in Yemen.

What started as the Omnibus Counter-terrorism Act of 1995, later morphed into the Patriot Act in 2001.

The Patriot Act authorized indefinite detentions of immigrants, law enforcement being given permission to search a business or home without the occupant’s or owner’s knowledge or consent, an expansion on the use of National Security letters which lets the FBI search telephones, e-mails, and financial records without needing a court order, and law enforcement’s expanded access of law enforcement agencies to business records, which includes financial records.

Since the Patriot Act’s passing in 2001, there have been several legal challenges against it, with federal courts ruling that a number of provisions in it are unconstitutional.

Joe Biden introduced and co-wrote the 1995 Omnibus Bill, and has bragged about it being the same thing as the Patriot Act on many occasions. Biden has taken it upon himself to take credit for the bill many times.

Joe Biden voted to advance bills that would kill Roe v. Wade (Abortion Rights) and has opposed abortion many times over the years. He also voted for a constitutional amendment to allow individual states to overturn Roe v. Wade.

Joe Biden voted in favor of the NRA when the Senate, and the nation, were very different in 1986. The 1986 Firearm Owners Protection Act allowed firearms to be sold by mail and limited inspections of dealers while allowing them to sell at gun shows. The NRA has called this bill “The law that saved gun rights in America.”

Joe Biden was the chairman of the Senate Judiciary Committee in 1991, while there were hearings for Clarence Thomas to be on the Supreme Court. Anita Hill accused Thomas of inappropriate sexual behavior towards her. Joe Biden chose not to call in Hill’s three witnesses who would have corroborated the sexual harassment allegations.

Instead, Biden did little to nothing to stop his colleagues from attacking Anita Hill. Joe Biden seemed to almost apologetically give Thomas the benefit of the doubt, which assisted in placing Thomas on the Supreme Court.

This has become an issue for both women and black people, with Hill’s name bringing up memories of a black woman who struggled with attacks by a dozen powerful white men who asked aggressive questions and questioned her character, while Biden did not do much to stop it.

However, Joe Biden brings up the Violence Against Women Act he drafted in his defense, which was reauthorized four times, except for now under the Trump administration.

Joe Biden expressed support for segregated school busing during his 1972 Senate campaign. However, after he was elected, he took the influence of how bitterly his white constituents opposed mixed-race school busing.

In 1973 and 1974, Biden voted for many of the Senate’s anti-busing bills. Joe Biden claimed he favored school desegregation, but that he objected to “forced busing.”

Joe Biden’s letters revealed how he sought the support of segregationists in the fight against desegregated busing.

During the 2018 mid-term elections, Biden supported Republicans who were running for congress such as Rep. Fred Upton in Michigan. As did Beto O’Rourke in Texas.

Joe Biden was paid $200,000 by the GOP to give a speech supporting Republican Rep. Fred Upton, according to Splinter News, and Slate also reported Biden’s bipartisanship.

Bipartisanship is the foundation of democracy but more than once Biden has proven himself to be the proverbial “Wolf in Sheep’s Clothing” showing that he is more of a moderate Republican than an actual democrat. He even went so far as to recently call the elected left “The new left” showing furthermore his removal from left politics.

Biden Says He’s the Workers’ Candidate, But He Has Worked To Cut Medicare and Social Security, according to In These Times.

Joe Biden had a leading role in the Obama administration’s efforts in 2011 to slash the deficit by offering Republicans spending cuts to Social Security and Medicare.

Later in 2018, Joe Biden did criticize the Trump-Republican tax cuts that he said aren’t working, but also agreed with Paul Ryan wanting to cut social security and medicare.

Simply put, Joe Biden Backed Bills To Make It Harder For Americans To Reduce Their Student Debt according to IB Times.

In 2005, Joe Biden voted yes for a bankruptcy law that made it more difficult for students to reduce their debt and prevented most Americans from claiming bankruptcy protections for private student loans. It was known as The Bankruptcy Abuse Prevention and Consumer Protection Act of 2005 (BAPCPA)

Joe Biden did not mention climate change in his campaign launch video and instead made it all about defeating Trump, but Biden will need substance and policies to defeat Trump, not just some big talk rhetoric.

However, Biden has approved of fighting climate change but has not yet endorsed the Green New Deal and his position on it is still unknown.

Joe Biden doesn’t connect with young voters and the issues that matter to them and is quoted as basically saying he doesn’t care about that.

In 1999 before the Glass-Steagall Act was repealed, it barred commercial banks from engaging in investment banking that had been scaled back while Bill Clinton was President. The repeal resulted in banks being less regulated and allowing for big mergers such as the $33 billion deal between J.P. Morgan and Chase Manhattan in 2000.

Joe Biden voted yes to repeal the Act which allowed for deregulating big banks, which some members of congress at the time now regret. However, other regulations were put into place that same year of 1999.

Some blame the Act’s repeal for the 2008 financial crisis, but it was only one of some other factors, including bad mortgage underwriting, poor work by rating agencies, and a securitization market gone crazy.

Not only did Joe Biden make it harder for Americans to file for bankruptcy, but he also cozied up to credit card companies and voted against regulating them. One such credit card company happened to be his largest single donor.

Not only did Joe Biden support NAFTA, but he also supported TPP which is the Trans-Pacific Partnership, while Senator Bernie Sanders was against them both and called out Joe Biden on these issues. Sanders also opposed the Iraq War while Biden voted yes for it.

Antitrust expert Ky Ewing made the conclusion that the bill was “special interest legislation” with “no evidence” to support it. Huff Post wrote about this in a recent article.

It’s a stretch to see the wider public support Joe Biden for president. Biden also ran for president twice in the past and lost considerably, three times if including when Biden considered a run and didn’t do it.

While talking big on his short 2020 campaign trail, Biden is criticized for being without much substance or policy. He is going to need a lot more than just anti-Trump rhetoric to win in 2020. Polls have shown that whoever the candidate is they will need to convince people of policy ideas that the majority of voters can agree with.

Overall, the presidential field is not regarding him as a threat and for good reasons.

Joe Biden is running against himself and he’s his own worst enemy.