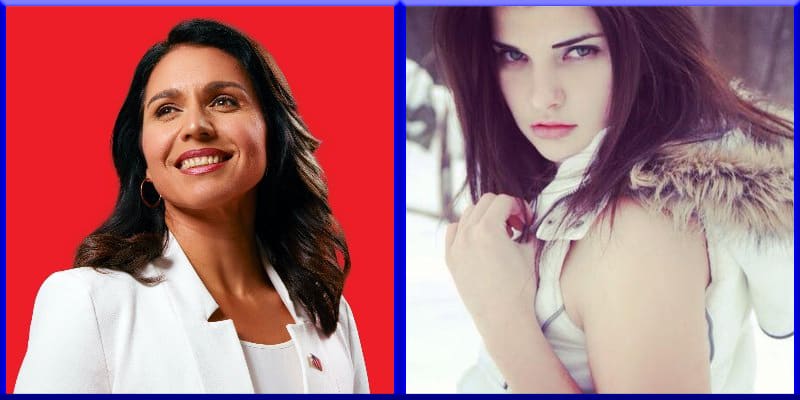 (BSDMS) – When Tulsi Gabbard (D-HI) announced that she was running for president in 2020, many tried to disparage her LGBT advocacy with lies and rhetoric. One of Gabbard’s LGBT supporters had enough and spoke out on why she supported Tulsi Gabbard for President.

A Tulsi Gabbard supporter by the name of Nicole Alexander Fisher, or @_nalexander on Twitter, has created a detailed thread on Twitter about why the LGBT community should support Gabbard, and the misinformation surrounding Gabbard on this issue. She started the Twitter thread with:

It is true that Tulsi Gabbard’s parents have been anti-LGBT, but Gabbard didn’t let that become her own views and has a pro-LGBT rights record during her time serving in U.S. Congress.

Gabbard has since apologized for her prior role with a group that promoted conversion therapy. However, Tulsi Gabbard never supported conversion therapy and did not know what it was when she worked at her father’s traditional marriage firm when she was 17 years old. It takes a lot of digging to find one reference about this on the CNN website that the media outlet ran with. Gabbard has also denied accusations against her about this.

Gabbard co-sponsored the Equality Act, which protects LGBT people from discrimination. She also co-sponsors the amending H.R.1244 – Equal Dignity for Married Taxpayers Act of 2019 which makes sure all taxpayer provisions apply to same-sex couples.

Then there’s HR 197, the Respect for Marriage Act that Gabbard co-sponsored, which repealed the anti-LGBT rights Defense of Marriage Act (DOMA). Gabbard also co-sponsored HR 1755, the Employment non-discrimination Act of 2013, which prohibits employment discrimination on the basis of actual or perceived sexual orientation or gender identity.

Tulsi Gabbard co-sponsored HR Resolution 208, the Equality for All Resolution which is another anti-discrimination bill regarding LGBT and encourages states to prohibit such discrimination and to reject laws that undermine nondiscrimination protections.

She also co-sponsored HR 683, The Military Spouses Equal Treatment Act (MSETA). It provides the same family benefits to lawfully-married lesbian and gay service members and veterans as are already provided to service members and veterans with different-sex spouses, regardless of where they live. It also included LGBT couples as “spouses” for the purposes of Titles 10, 32, 37 and 38 of the United States Code.

Tulsi Gabbard has also been involved with other bills. She has allocated funding for LGBT housing, advocated to end harassment in schools, and advocated for privacy rights.

There’s also this about Tulsi Gabbard’s support of LGBT rights:

She publicly supported same-sex marriage in 2011 before most prominent democrats (including Obama, Clinton, and Biden) came onboard, and before LGBT rights were a part of the national Democratic Platform. — Nicole Alexander Fisher 🌺 (@_nalexander) May 6, 2019

The majority of Democrats in the late 90’s and early 2000’s did not support marriage equality. 32 Democratic Senators voted for DOMA in 1996, including Joe Biden. In 2011, still only 15 Senators supported same-sex marriage—the year that Tulsi Gabbard publicly supported it. — Nicole Alexander Fisher 🌺 (@_nalexander) May 6, 2019

In 2004, when Tulsi Gabbard advocated against gay marriage, so did the majority of Democrats within Congress. In 2004, Hillary Clinton stood on the house floor, defining marriage as between a man and a woman. — Nicole Alexander Fisher 🌺 (@_nalexander) May 6, 2019

The tweets also mention that “You’ll say they evolved, that they changed. But so did Tulsi Gabbard. And she had a much deeper, difficult transition due to the views she was raised with.”

In ten years, support for same-sex rights nearly reversed. In 2004, 40% of Democrats opposed same-sex marriage—today, 73% support it. In two decades, half of all Americans reversed their views on this same-sex marriage. pic.twitter.com/ugR3nbdnIi

The same woman who supports Tulsi Gabbard also went on to tweet about how she supports Gabbard’s stance on foreign policy and getting out of these endless regime change wars.

Tulsi Gabbard is a vocal advocate of equality for our LGBTQ+ community and a member of the LGBT Equality Caucus in the House. Gabbard has been given a “100%” for her voting record and endorsed by the Human Rights Campaign, the largest LGBT lobby organization in the country.

“With the many challenges facing the LGBT community, we’re honored to count Tulsi as an ally in standing up for issues of fairness. From her cosponsorship of the Equality Act to supporting marriage equality for same-sex couples and fighting for persons with HIV/AIDS, we applaud Tulsi’s commitment to fundamental equal rights for all.” – Mike Mings, Director of Human Rights Campaign PAC

The Human Rights Campaign represents a force of more than 1.5 million members and supporters nationwide. As the largest national lesbian, gay, bisexual, transgender and queer civil rights organization, they envision a world where LGBTQ people are ensured of their basic equal rights and can be open, honest and safe at home, at work, and in the community.

Gabbard has also shown that she believes what she says.

Tulsi Gabbard is committed to fighting to ensure all individuals are treated equally under the law regardless of race, sex, religion, age, sexual orientation, and gender identity. In fact, she has received a 100% rating for her voting record in favor of LGBT legislation.

Tulsi Gabbard Statements and Videos on Her LGBT Stance

Tulsi Gabbard has directly addressed her views on the LGBTQ+ community many times on the house floor. At a 2012 meeting of Hawai’i Democratic Party LGBT caucus, Tulsi addressed her opposition to same-sex marriage in her youth and her complete evolution on this important issue. She openly and wholeheartedly apologizes for her wrongdoing and the harm she had caused the LGBT community, asking for but not expecting their forgiveness.

“On #EqualityDay, we recognize that many LGBT Americans still face discrimination every day. This is wrong and defies our American principles of equality, justice, and individual freedom. The #EqualityAct would extend comprehensive anti-discrimination protections to LGBT Americans” Gabbard tweeted.

Overall, Gabbard’s LGBT supporter is right on all of this, Tulsi Gabbard reversed her views on LGBT rights a long time ago, way before many others, and has since voted, created and supported many pro-LGBT rights legislation. Gabbard recently released a video affirming her deep commitment to fighting for equality and protecting for our LGBTQ community.