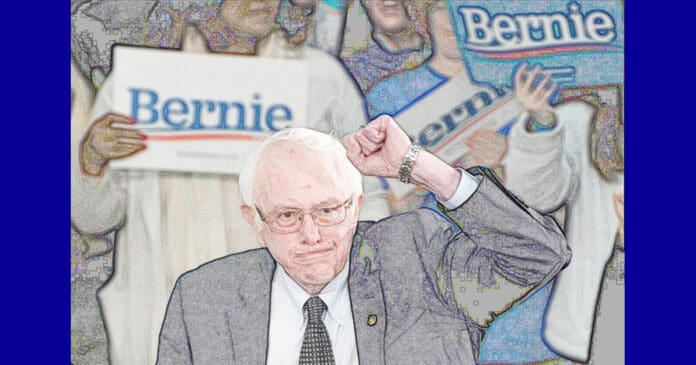 (BSDMS) – WASHINGTON D.C. – Senators Bernie Sanders (I-VT), Ed Markey (D-MA), and Kirsten Gillibrand (D-NY) has introduced a new bill in Congress that would place a 60% tax on billionaires one time to cover healthcare costs for a year for all Americans.

The bill is named the Make Billionaires Pay Act and it’d put a one-time 60% tax on the wealthiest 0.001% of America on the accumulated $731 billion gains they made between March 18 and August 5. The tax would apply to 467 extremely wealthy people.

“The legislation I am introducing today will tax the obscene wealth gains billionaires have made during this extraordinary crisis to guarantee healthcare as a right to all for an entire year,” Senator Sanders said in a statement.

“At a time of enormous economic pain and suffering, we have a fundamental choice to make. We can continue to allow the very rich to get much richer while everyone else gets poorer and poorer. Or we can tax the winnings a handful of billionaires made during the pandemic to improve the health and well-being of tens of millions of Americans,” Sanders said.

The 60% tax would be used to cover out-of-pocket healthcare costs for underinsured and uninsured Americans for one year. At least five million Americans have lost their healthcare coverage provided by their employers since the COVID-19 pandemic hit the United States and tens of millions of Americans lost their jobs.

The top five wealthiest Americans that include Amazon CEO Jeff Bezos, Facebook CEO Mark Zuckerberg, Hathaway CEO Warren Buffet, Microsoft Founder Bill Gates, and Oracle Found Larry Ellison would alone be taxed for a combined amount of $87.1 billion according to the bill. $421.6 billion would be generated by the tax in total.

“In my view, it is time for the Senate to act on behalf of the working class who are hurting as they have never hurt before, not the billionaire class who are doing phenomenally well and have never had it so good,” Sanders stated.

All medical bills, prescription drug costs, and expenses related to the coronavirus would be covered for the next 12 months and the tax would stay in effect until January 1, 2021, if the Make Billionaires Pay Act went into effect.

“Instead of more tax breaks for the rich while more Americans die because they cannot afford to go to a doctor, let us expand Medicare and save lives by demanding that billionaires pay their fair share of taxes,” Senator Sanders mentioned.

Bernie Sanders criticized CEOs such as Jeff Bezos and the CEO of Tesla Elon Musk for the fact their monetary wealth heavily increased during the pandemic. Musk’s wealth is close to tripling while Bezos increased his wealth by 63%.

During that time, more than five million Americans lost their healthcare coverage being provided by their employers. President Donald J. Trump promised to reimburse the uninsured for any hospital-related coronavirus expenses, but there are still the non-coronavirus related costs that have been adding up, and Trump has yet to act on that promise.

“During this unprecedented economic and public health crisis, millions of Americans are out of work and struggling to put food on the table while billionaires are getting even wealthier,” Senator Gillibrand mentioned in her statement.

“Requiring billionaires to pay their fair share will help support workers and families dealing with job losses, food insecurity, housing instability and health care. Not only is this a common-sense proposal, but it’s a moral one and Congress should be doing all we can to assist Americans struggling right now,” Senator Gillibrand said.

Kinds of wealth taxes have been proposed previously by Senator Sanders, along with Senator Elizabeth Warren (D-MA) who often made the ultra-wealthy their targets while running for president. They have proposed wealth taxes to fund Medicare for All, and Sanders proposed a Wall Street tax to fund the costs of tuition-free college. The majority of Americans support a wealth tax.

Wealth gains by billionaires during the pandemic:

By taxing 60% of the wealth gains by 467 billionaires, we could cover all out-of-pocket health care costs for a year.

The fact that Republicans took away $600 a week in unemployment benefits for 30 million Americans while 467 billionaires made $730 billion during a global pandemic is the real looting in America that we must end. #MakeBillionairesPay